END_OF_DOCUMENT_TOKEN_TO_BE_REPLACED

This is one of my Pork recipes I know you’ll want to keep on hand!

Pin this recipe for later!

This roasted pork tenderloin recipe is one of those recipes that does double duty. Not only is it great for a regular family dinner (even a weeknight dinner if you prep ahead), but it also works well on your holiday dinner table as well!

It tastes fantastic, looks fancy, yet is surprisingly simple to make.

Pork tenderloin is one of those cuts of pork that is easily available at the grocery store, and as a bonus, a lot of the time you can pick up a package of pork tenderloin that has two tenderloins in it! This may not be true in every region, but here in the midwest, that’s what’s in my grocery store.

So you can double this recipe, or freeze the other tenderloin for a future dinner! Normally I’m all about the freezing option, but this pork recipe is so good, you may want to make extra so you have some leftovers.

This is just an overview; the full ingredients and directions are in the recipe card toward the bottom of this post.

Don’t fear the blush of pink! Contrary to chicken, pork is actually supposed to be cooked to an internal temperature of 145°F and have a blush of pink. However, feel free to cook it longer if you prefer it that way. To get the most perfectly cooked pork (or any meat for that matter), an internal meat thermometer is your best friend. They’re pretty inexpensive, and a very valuable kitchen tool. I’ve linked to the model I use lower in this post.

Variations of this recipe

What’s the difference between a pork tenderloin and a pork loin?

While the names may sound similar, they’re in fact, very different cuts of meat.  They’re not cut from the same part of the animal, and are cooked differently.
Pork tenderloins are long and thin, with minimal fat.  They are sometimes packaged in 2 packs at grocery stores.  Tenderloins should be cooked at higher temperatures, and for shorter amounts of time.
Pork loins are wide and covered with a thicker fat cap.  Loin should be seared, then cooked a lower temperature for longer periods of time.

Does pork tenderloin need to be covered when roasted?

While some pork tenderloin recipes call for the meat to be covered during roasting, this recipe does not. The combination of the the oven temperature and shorter roasting time keep the pork moist, so it won’t dry out. Plus the tenderloin can continue to brown as it roasts, and the sauce can get beautifully caramelized and sticky.

Making pork tenderloin ahead of time

I don’t recommend roasting pork tenderloin ahead of time, as it will inevitably be less moist and tender, compared to when you make it fresh.

However you can certainly make parts of this ahead of time/prep ahead. This cuts down on the prep and total cooking time.

Leftovers should be kept refrigerated in an airtight container, and should be consumed within 3-4 days.

I love using this meat thermometer for making sure the meat is finished cooking! Easy for beginners & totally worth the $17 cost! If you’d like to treat yourself and get a wireless thermometer probe that stays IN the meat, and will alert you when it gets to the temperature you want, this smart meat thermometer works with your phone! It’s been so much fun to use.

Did you make this? Be sure to leave a review below and tag me @the_chunky_chef on Facebook and Instagram!

Make the sauce and rub

Want to save this recipe for later? Click the heart in the bottom right corner to save to your own recipe box!

Leftovers should be kept refrigerated in an airtight container, and should be consumed within 3-4 days.

Did You Make This?Tag @the_chunky_chef on Instagram and hashtag it #thechunkychef so I can see what you made!
Tag on Insta! Leave a Rating Save for Later Saved!

Any nutritional information shared is an estimate, and is automatically calculated through a program. If calorie count is important to you, we recommend running the ingredients through whichever online nutritional calculator you prefer. Calories can vary quite a bit depending on which brands were used.

The Chunky Chef is not a nutritionist and doesn’t provide full nutritional information for recipes as there is a potential for error and we wouldn’t want to potentially and/or unknowingly pass along incorrect information.

Hey there! I'm Amanda. Wife, mother, photography nerd, and bacon lover! I believe that delicious meals should be easy to make. Now that you’re here, stay a bit, browse a few recipes, and let’s get cookin’!

END_OF_DOCUMENT_TOKEN_TO_BE_REPLACED

Hey there! I'm Amanda. Wife, mother, photography nerd, and bacon lover! I believe that delicious meals should be easy to make. Now that you’re here, stay a bit, browse a few recipes, and let’s get cookin’!

END_OF_DOCUMENT_TOKEN_TO_BE_REPLACED

Subscribe & receive my most popular recipes compiled into an easy ebook format!

END_OF_DOCUMENT_TOKEN_TO_BE_REPLACED 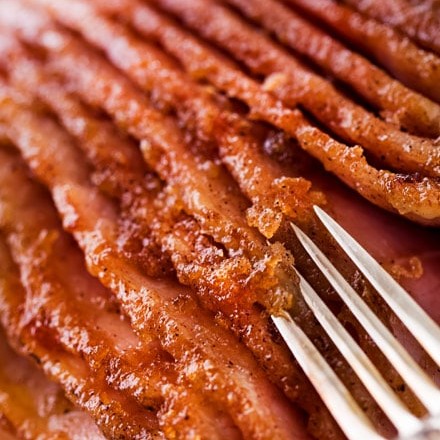 32 minutes
END_OF_DOCUMENT_TOKEN_TO_BE_REPLACED
Skimlinks Test
Send this to a friend